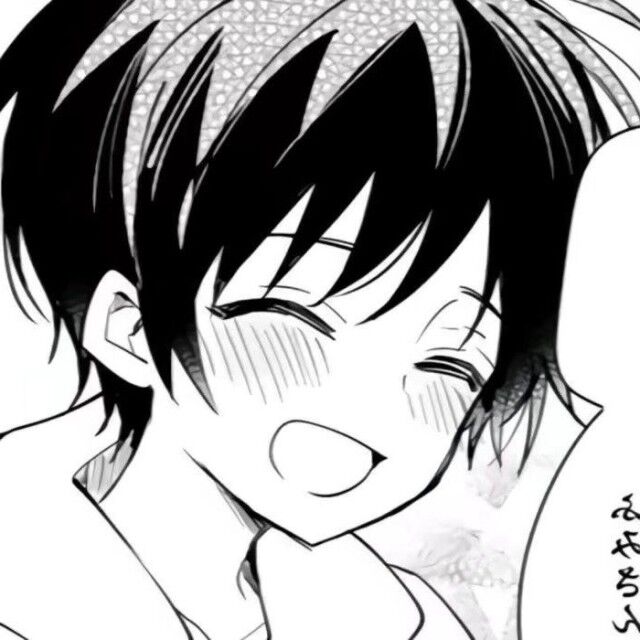 It contains the address of the currently executing instruction, we can’t access it in a normal way, but there are tricks what we can find out what the value of that is.

So it just tells us where in the program, what part of the program is currently being executed.

If adding two unsigned numbers, and do the binary arithmetic, sometimes an extra one pops out of the left side,

If the signed value computed is minus then the SF will be 1.

Those four flags get set as a sort of normal activity by many of instructions, except lea instruction

cmpq b a like computing a - b without setting destination

The Conditions Codes will be set in the same way.

The comparison is like a subtraction except it don’t do anything with the result, but it will set there four condition flags.

testq b a like computing a & b without setting destination.

Sets condition codes based on value of Src1 & Src2

Usually we not read the condition codes directly, we use the set instruction to do it. 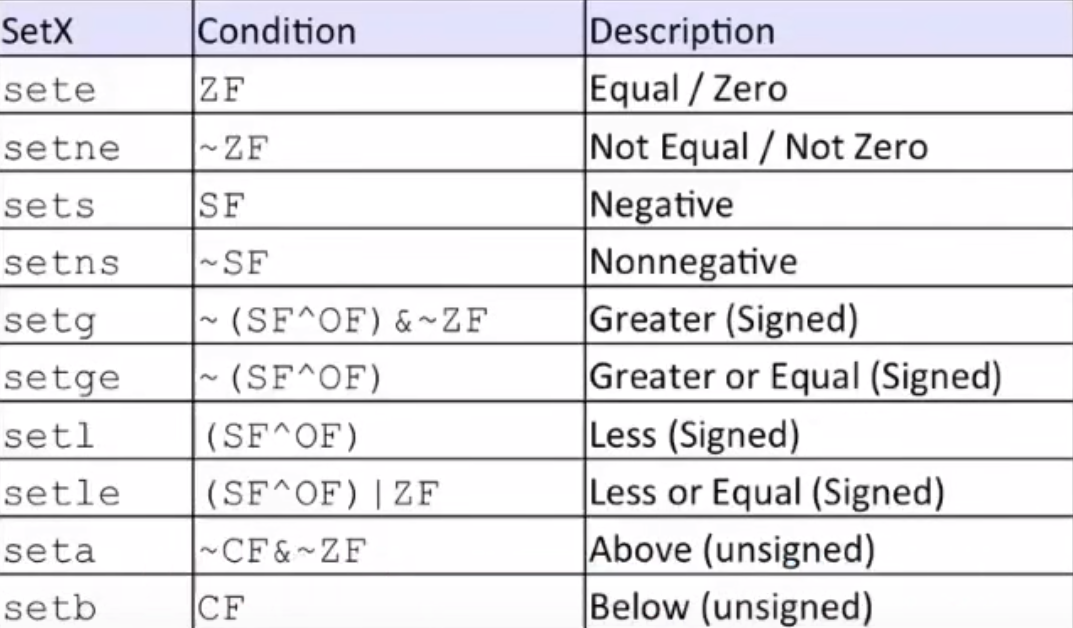 The set instruction will sets a single byte of a single register to either 1 or 0.

The l means low in there.

x86-64 Integer register can directly set the lowest order byte of it to either 1 or 0,

and it doesn’t affect any of the other 7 bytes of that register.

Does not alter remaining bytes. 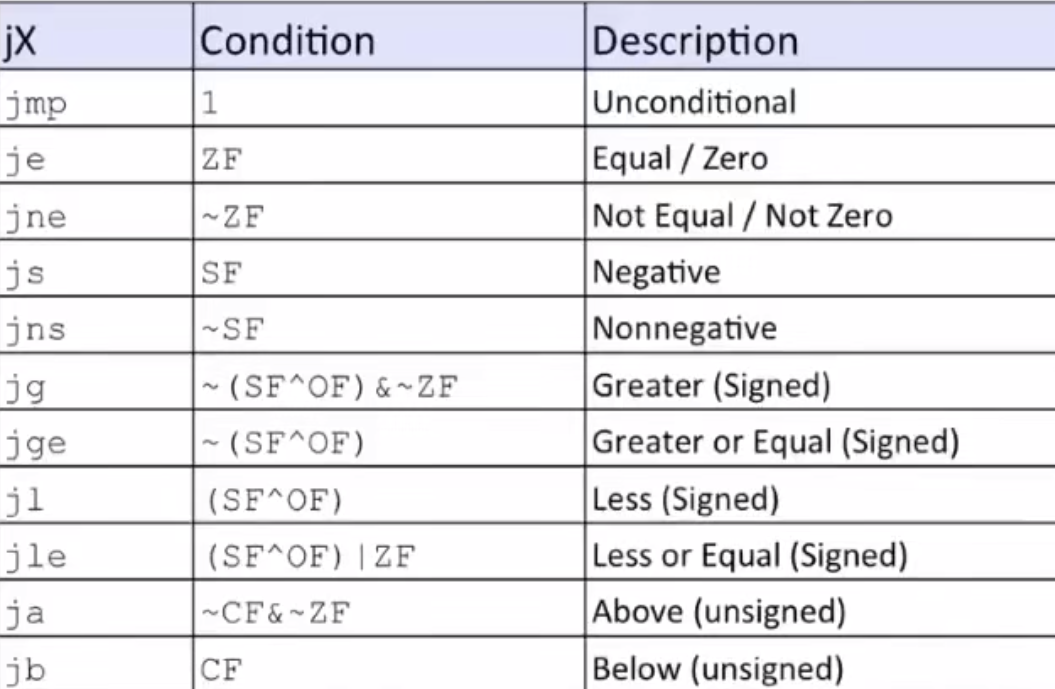 Jump to different part of code depending on condition codes

Use this way of presenting code, just so that we can look at and understand what these control structures look like without having to having to scrutinize the low-level assembly code instructions.

gcc tries to use them only when known to be safe.

Computations with side effects

The idea of that is to do a essentially to take a while loop and turn it into a do-while loop, But introducing a conditional before.

The “for” loop has four components.

It has an initialization, has a test, has a rule to update.

“For” Loop to While Loop

Initial test can be optimized optimized.

When compiling, the compiler will find i < WSIZE is true, so it will delete !Test.

Normally if you were told you should not use switch statements anymore, What you’d probably do is write this big long chain of if else, if else, if else, and you’d expect that to be the machine code, but it’s not.

Think of the general form of it as being some blocks of code,

The entry points of which are labeled by these case values,

and then the box you know string together in various different ways and do various things,

and then build a table, each entry of this table describes the starting location of one of these code blocks, and we’ll put them in order of case labels if have. 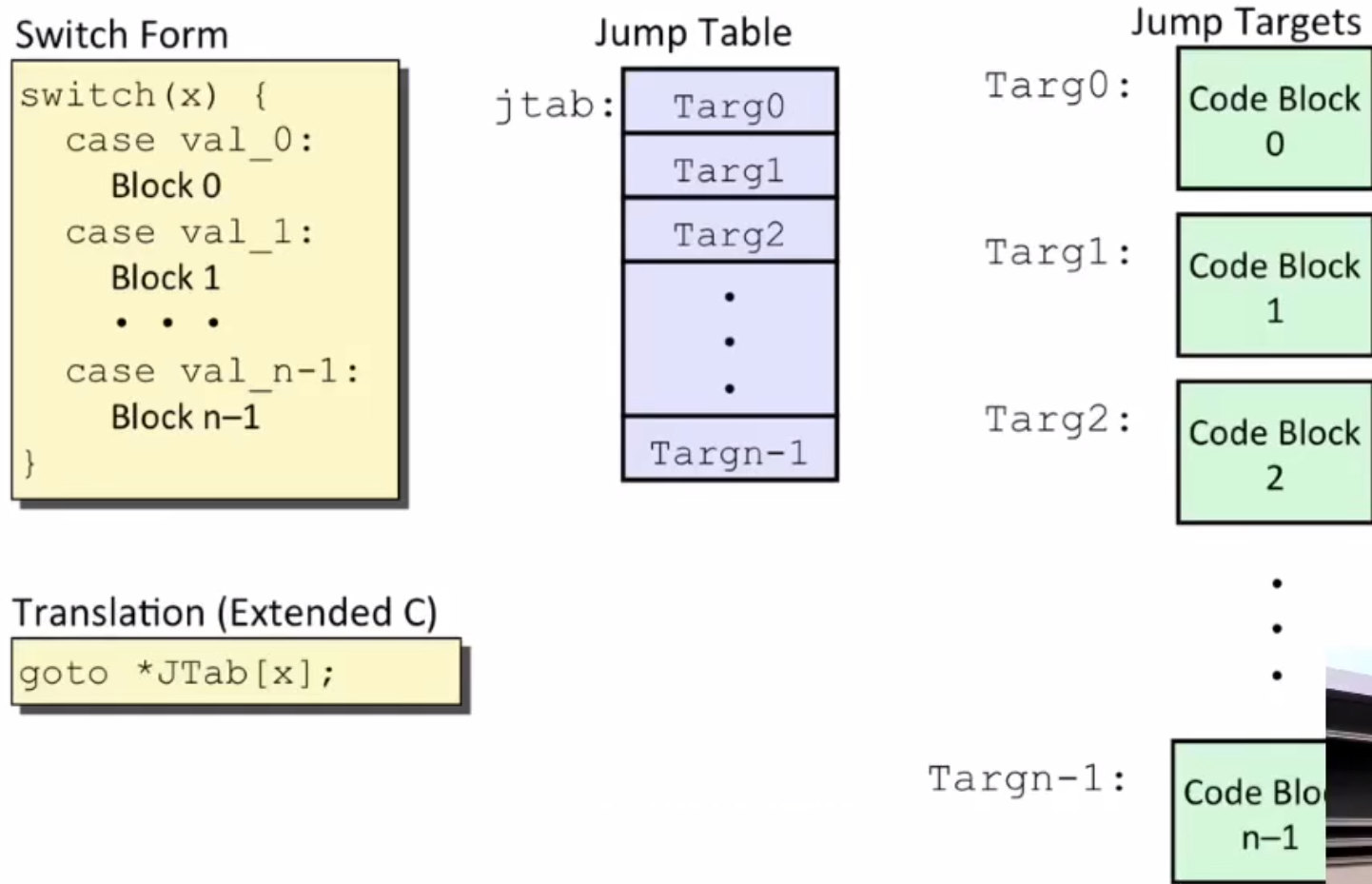 if a number is negative, if think of it as an unsigned value it becomes very large positive value,

so by doing the ja instead of jg(jump greater), if x greater than 6, jump to the default, but also it will cause it to jump if x is less than 0.

jmp index into a table and extract out of that an address, then jump to that address.

it’s constructed is specified in assembly code, and it’s the job of the assembler to fill in the contents of this table.

.quad is just a declaration to say I need an 8 byte value here, and that value should match whatever address. 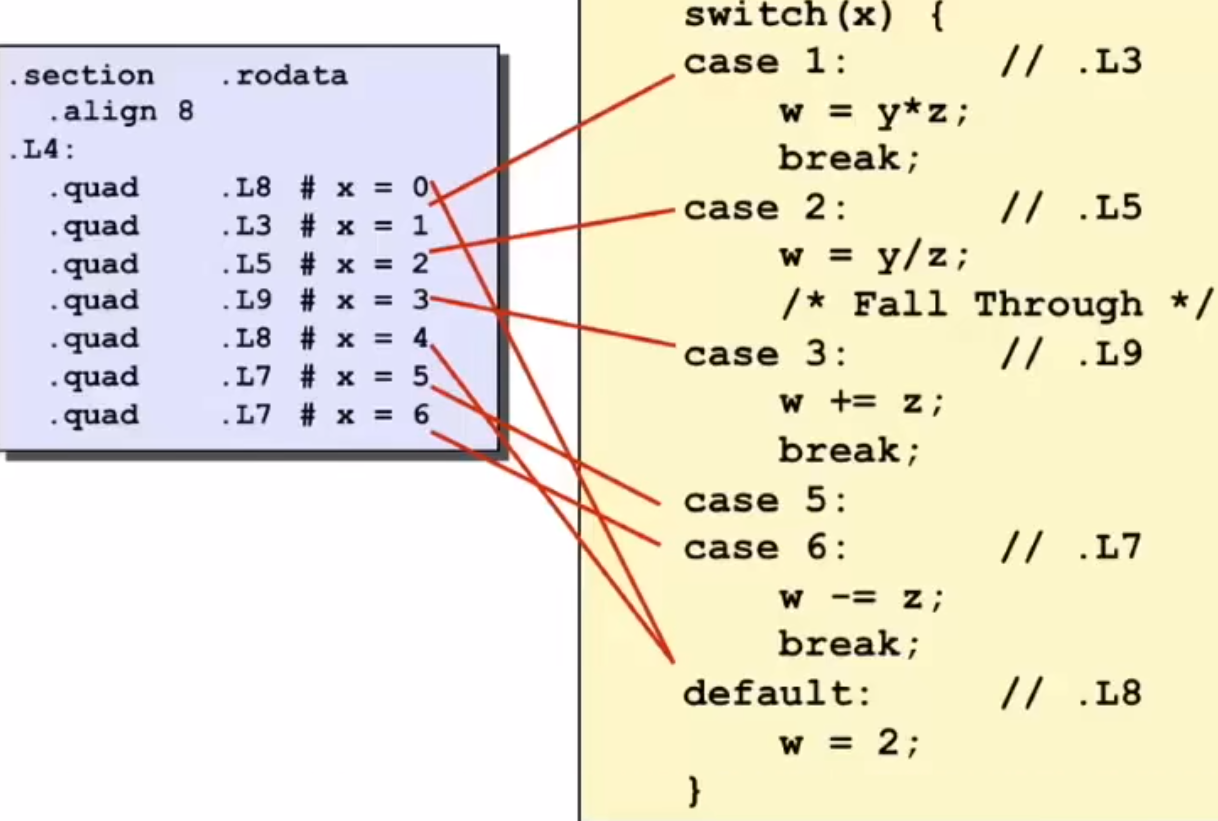 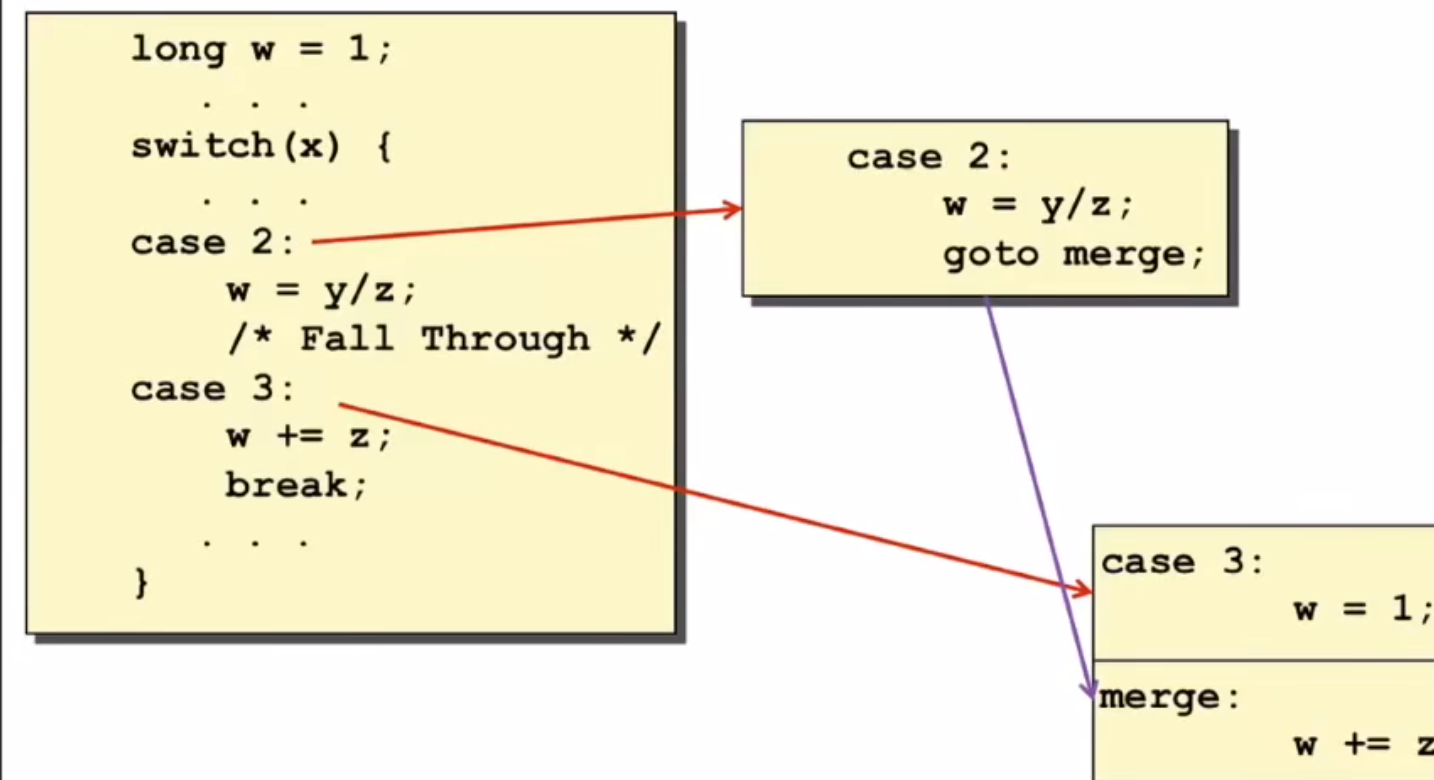 The compiler is never exactly what you’d expect

it patched together this fall through case by two blocks of code.

If the x is minus, it will add a bias.

and if the case value is sparse, it will use if-else. 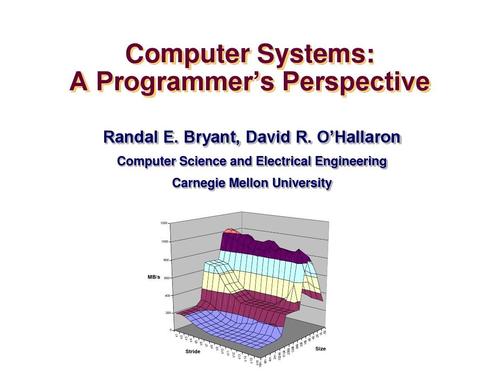 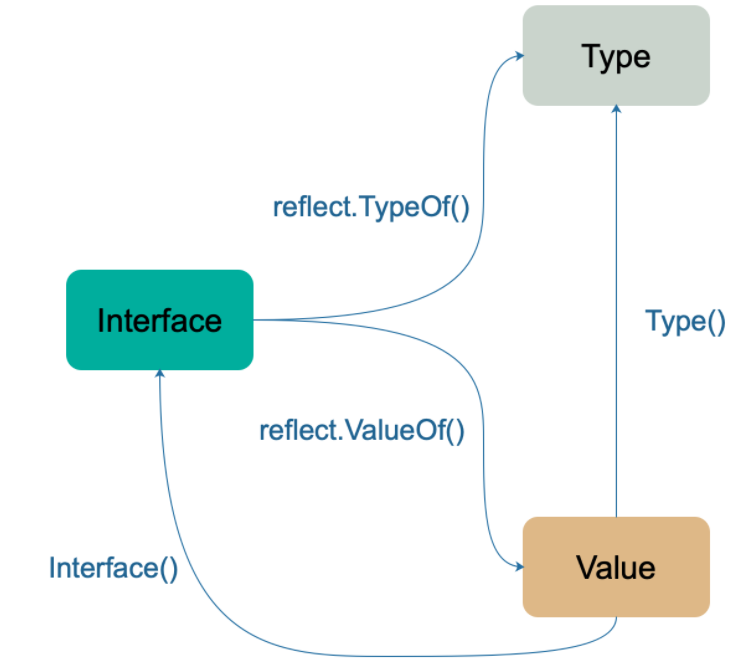 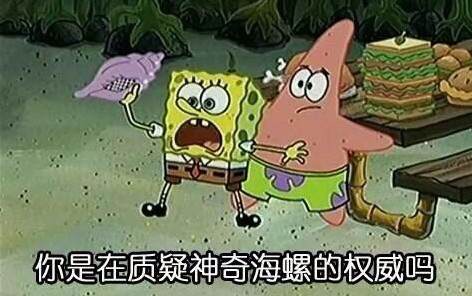